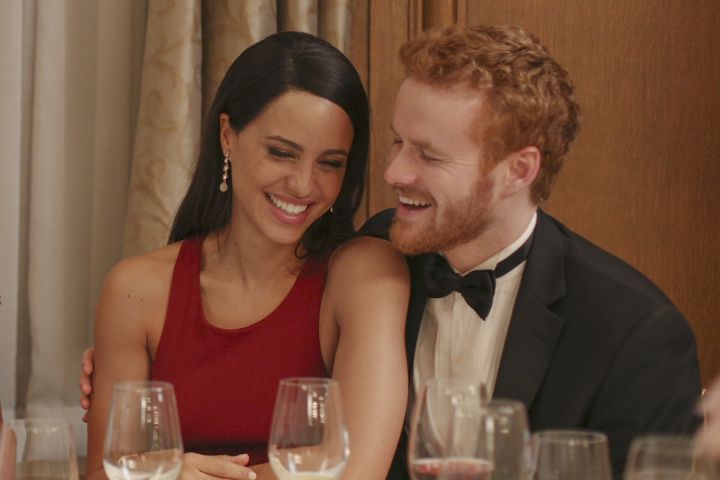 ON LIFETIME DEBUTING WITH 2.2 MILLION TOTAL VIEWERS AND AS BEST ORIGINAL MOVIE OF THE YEAR IN KEY DEMOS

Harry & Meghan: A Royal Romance was also a hit on social media, ranking 1st in social interactions on Facebook and Twitter for new primetime ad-supported cable shows (excluding sports, news and specials) on May 13th, according to Nielsen Social Content Ratings. The Lifetime Twitter account generated over 1 million organic impressions on Sunday, resulting in the most impressions the page has produced in a single day in 2018.

Lifetime will air encore presentations of Harry & Meghan: A Royal Romance on May 15 at 8 pm ET/PT and May 19 at 11 pm ET/PT.

Harry & Meghan: A Royal Romance follows the fairytale romance of Prince Harry (Murray Fraser, The Loch) and Meghan Markle (Parisa Fitz-Henley, Midnight Texas) from the moment they met after being set up by friends, through their initial courtship when they were able to keep their romance under wraps, and ultimately the intense global media attention surrounding their relationship and Meghan’s life as a divorced American actress.

Lifetime is a premier entertainment destination for women dedicated to offering the highest quality original programming spanning scripted series, non-fiction series and movies. The critically acclaimed UnREAL, Project Runway, Bring It!, Married at First Sight, The Rap Game and Little Women franchises anchor the network’s programming, in addition to its over 25 original movies annually that continue to define the TV movie genre. In 2015, Lifetime launched Broad Focus, a major global initiative dedicated to supporting and hiring female directors, writers and producers to make its content which totals over 450 original hours. Lifetime Television®, LMN®, Lifetime Real Women® and Lifetime Digital™ are part of Lifetime Entertainment Services, LLC, a subsidiary of A+E Networks. A+E Networks is a joint venture of the Disney-ABC Television Group and Hearst Corporation.