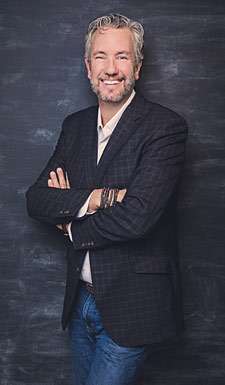 With over 25 years of experience, Shawn Williamson has risen to the forefront of the Canadian film and television industry as a leading independent film and television producer. A native to Vancouver, Shawn began his career as a stage manager at The Arts Club Theatre in 1983 and has since produced live events, live television and television series, as well as feature films.

In 2001, Shawn started Brightlight Pictures and has since been developing, financing, and producing feature films and television series. He has filmed in a variety of international locations, including: Singapore, Croatia, Romania, France, England, Northern Ireland, South Africa, and Australia. Fifty Dead Men Walking (Ben Kingsley, Jim Sturgess) was produced as a Canada/UK co-production, filmed in Belfast, and opened with a Gala Premier spot at the Toronto International Film Festival.