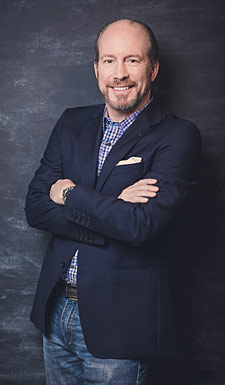 Kevin is one of the senior producers at Lighthouse Pictures and has been producing since 2009. Growing up in Winnipeg, he was probably as far from the bright lights of Hollywood as one could get. After a move out west to Calgary, and falling into the film industry as an assistant director on the TV series Lonesome Dove, Kevin discovered his talent for production and a love of the filmmaking business. With over 20 years of on set experience working on projects large and small plus over 40 producing credits, including productions starring acclaimed talent such as Sir Anthony Hopkins, Sir Ben Kingsley, John Travolta and Donald Sutherland, Kevin brings his prodigious production skills to the company’s wealth of talent.
© 2021 Lighthouse Pictures Inc., all rights reserved. • Back to Top • Site Map • By Line49 Web Design, Vancouver BC