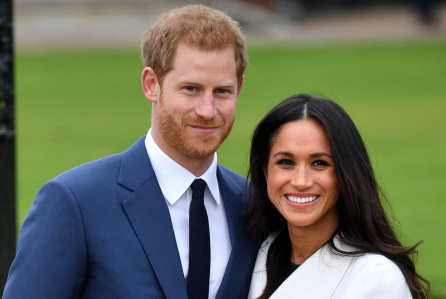 There is another British royal wedding coming and another Lifetime TV movie on the way about the romance that led to it.

The cable network is prepping Harry & Meghan: The Royal Love Story, a film that chronicles the relationship between Prince Harry and American actress Meghan Markle, who announced their engagement in November. The project was mentioned briefly Sunday by Lifetime head of programming Liz Gateley during the cable network’s portion of TCA.

Harry & Meghan chronicles the courtship and love story between a beloved prince and his new fiancée. The film will examine the history of Prince Harry and Meghan Markle from the moment they met after being set up by friends, through their initial courtship when they were able to keep their romance under wraps, and ultimately the intense global media attention surrounding their relationship and Meghan’s life as a divorced American actress.

The movie is currently casting. There is no premiere date set yet but Lifetime aired predecessor William & Kate: The Movie, about the romance between Prince Harry’s older brother, Prince William, and Kate Middleton, 11 days before their Royal wedding. The nuptials between Prince Harry and Los Angeles native Markle are set for May 19, so an early May premiere date would appear fitting.

Menhaj Huda (The Royals) is directing Harry & Meghan, which is currently casting, from a script by Scarlett Lacey. Merideth Finn and Michele Weiss (Flowers In the Attic) executive produce.

Huda is repped by Zero Gravity Management and Gersh. Lacey is with Verve and Lichter Grossman.