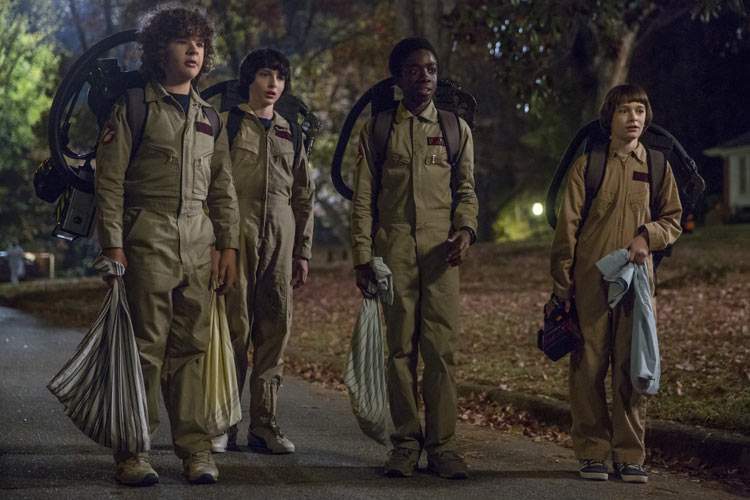 What’s coming and going on Netflix in October 2017.

“Stranger Things,” the buzz show of 2016, returns for a second season — just in time for Halloween. It’s arguably the most anticipated program arriving on Netflix in October, which also sees the debut of Noah Baumbach’s “The Meyerowitz Stories (New and Selected),” direct from the film-festival circuit; the original crime drama “Mindhunter” from producer and director David Fincher; and the acclaimed Australian crime series “Wanted.”

Other Netflix originals include the thriller “1922,” based on a story by Stephen King; horror film “Babysitter”; documentary “Joan Didion: The Center Will Not Hold”; the TV dramas “Bonus Family” from Sweden and “Suburra” from Italy; and stand-up comedy specials from Patton Oswalt and Judah Friedlander.

Films arriving in October include Richard Linklater’s “Before Midnight” with Ethan Hawke and Julie Delpy, the cult movie “Donnie Darko,” Tim Burton’s “Charlie and the Chocolate Factory” with Johnny Depp, Quentin Tarantino’s “The Hateful Eight,” Stanley Kubrick’s “Eyes Wide Shut,” “The Final Master” from China, and comedies “I Love You, Man” and “Talladega Nights: The Ballad of Ricky Bobby.”

Here’s the list of what’s arriving on Netflix in October, and what’s leaving. Note that these are just highlights; Stream On Demand will be keeping an eye out for other notable films and TV shows that arrive through the month

Dates are subject to change without notice.

Haters Back Off: Season 2 (Netflix Original)

One of Us (Netflix Original)