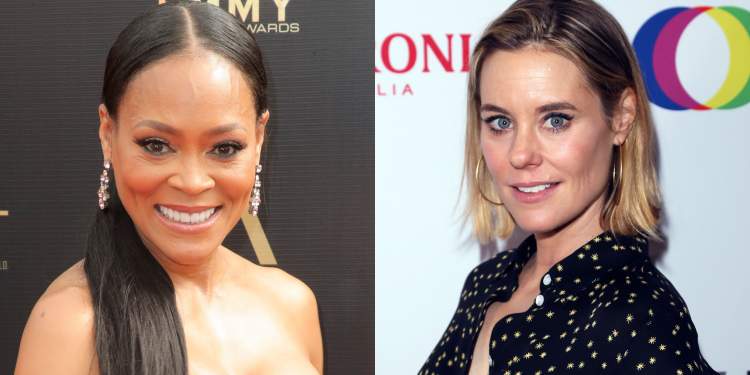 Lifetime has greenlit five new movies for its “Ripped from the Headlines” slate, all from best-selling true crime author Ann Rule, Variety has learned exclusively. Additionally, Ashley Williams and Robin Givens will make their small-screen directorial debuts with two of these films.

These five films come from Rule’s books “Danger in the Dorm,” “Mortan Danger,” “Practice to Deceive,” “Bitter Harvest” and “Empty Promises” and are being prepped for a summer launch. As part of Lifetime’s Broader Focus Initiative, four out of the five directors of these films are women, and three out of the five films were written by women.

“Bitter Harvest” tells the story of a brilliant doctor and mother who had the epitome of a picture perfect life with three children, an adoring husband and a beautiful house in an opulent neighborhood — but behind the curtain was a rocky marriage that takes a terrible turn and leaves her family in ruin. The film is produced by Bitter Harvest Films Inc. and Juliette Hagopian. Howard Braunstein, Conor Allyn, Benjamin Anderson and Sheri Singer serve as executive producers. Also, Allyn and Anderson wrote the script that Shamim Sarif will direct.

“Danger In The Dorm” tells the story of a quiet college campus becoming terrorized by the threat of a serial killer after an honor student is murdered in her dorm. Although detectives find themselves stumped — unable to discern a pattern to the crimes — the student’s best friend and grieving mother refuse to five up on solving the murder, even when it puts their lives at risk, too. The book on which this film is based is one of Rule’s earliest. The film is produced by Danger Films, Inc. and Christian Bruyere and executive produced by Howard Braunstein, Ilene Kahn Power, Allyn and Anderson. Ramona Barckert serves as writer and Karen Lam will direct.

“Mortal Danger” centers on a seemingly perfect romance that turns violent and sends the woman in the relationship into hiding, while also working with police to bring her former flame to justice. The film is produced by Lighthouse Pictures and executive produced by Allyn, Anderson, Jamie Goehring, Shawn Williamson, Manu Boyer and Kim Raver. Richard Blaney and Gregory Small serve as writers; David Weaver will direct.

“A Murder to Remember” is inspired by Rule’s “Empty Promises,” a true crime collection. This film centers on a couple whose one-year anniversary camping trip turns deadly for the husband, leaving the wife alone in the wilderness. When she accepts help from another camper, she ends up putting her life in his hands, but she may end up needing protection from him. The film is produced by Big Dreams Entertainment and executive produced by Allyn, Anderson and Leslie Greif. Amber Benson wrote the script, and Givens will make her directorial debut with this film.

“Practice to Deceive” sees a small island community turned upside down when a local businessman is found dead the day after Christmas. The film follows an investigation into his death that looks at everyone in his life from neighbors to his wife to his best friend. The film is produced by Lighthouse Pictures and executive produced by Allyn, Anderson, Goehring, Williamson and Barbara Lieberman. Christina Ray wrote the script, and Williams will make her feature-length directorial debut on this project. (She has also directed a short film entitled “Meats.”)

Lifetime’s Broader Focus Initiative is dedicated to supporting and hiring female directors, writers and producers. Currently, aided by this initiative, Lifetime’s originals for the first half of 2020 are comprised of 68% women writers, 57% women directors and 53% women executive producers.