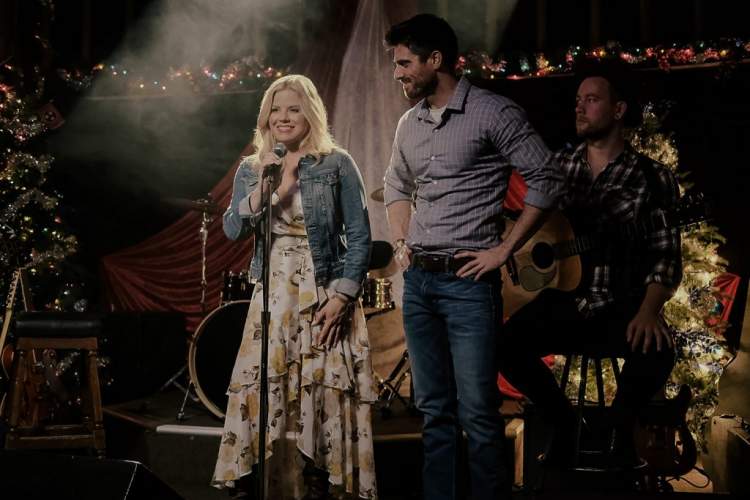 Here’s Every Christmas Movie the Network Has Planned.

It’s still summer, but over at Lifetime, holiday plans are kicking into high gear. The network has revealed plans for its annual “It’s a Wonderful Lifetime” programming block, and there are plenty of goodies for Christmas fanatics to enjoy.

This year, Lifetime will debut 28 new movies as well as a new holiday special — not quite as many as the 40 films its holiday rival Hallmark has planned, but pretty impressive nonetheless. And of course, the new movies will feature a bevy of familiar faces, including Melissa Joan Hart, Tia Mowry-Hardrict, Tatyana Ali, and Marie Osmond.

Forget Halloween. Lifetime’s Christmas extravaganza begins Friday, October 25 with Sweet Mountain Christmas starring Megan Hilty and Marcus Rosner. Hilty plays a country star named Laney Blu who left her hometown behind when her career took off. But when she returns home to see family and gets stranded because of a freak snowstorm, she falls in love with the town and the people — including a handsome snowplow driver named Robbie (Rosner). It airs at 8/7c.

“It’s a Wonderful Lifetime” runs through December 25, with more than 1,000 hours of holiday-themed programming. This year, the network also has a new holiday special called Battle of the Christmas Movie Stars. It pits some of the biggest stars of the season against each other in holiday-themed challenges to determine who is the true king or queen of Lifetime Christmas. It airs on December 21 at 11 a.m. ET (10 a.m. C.T.)

Every Lifetime holiday movie we know about so far