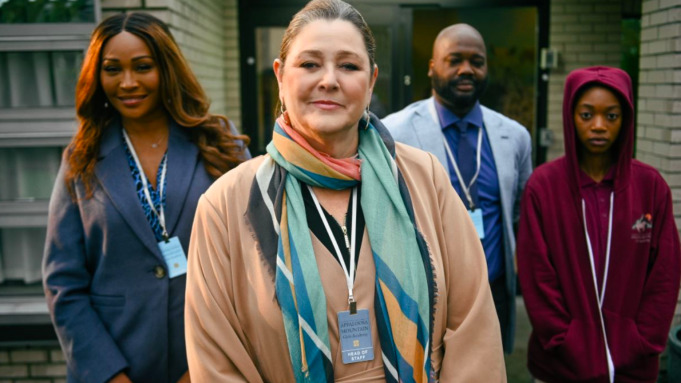 The project, inspired by true events, tells the story of Kayla Adams (Mawema), a 16-year-old who was sent to a youth residential treatment center by her mother Karen Adams (Bailey) at the suggestion of a school counselor. While at the Utah facility—led by headmistress Miss Connie (Manheim)— Kayla, her roommate and the rest of the residents are subjected to draconian treatments including force-feeding medications, arbitrary punishments, solitary confinement, and verbal and physical abuse to keep the students in line.

When Kayla and Amanda reach their limit, they band together to survive and fight to expose the abuse before it’s too late.

Following the airing of the original movie, Lifetime will air the special Beyond the Headlines: Cruel Instruction featuring interviews with real-life treatment program survivors. The doc will highlight the allegations of abuse in this underregulated industry and the PTSD and anxiety that many survivors continue to face.

Cruel Instruction is produced by Lighthouse Pictures In association with Mar Vista Entertainment and Happily Ever After Films for Lifetime. Craig Baumgarten, Stanley M. Brooks, Jamie Goehring and Shawn Williamson serve as executive producers. Brooks also directs with the script from Adrienne Rush.

Lifetime also announced its partnership with the nonprofit organization Breaking Code Silence to shine a light on the abusive practices of teen residential treatment programs. The survivor-led nonprofit organization represents people who were or are incarcerated in the “troubled teen industry” that advertise the ability to relieve adolescents of social, emotional and academic struggles.