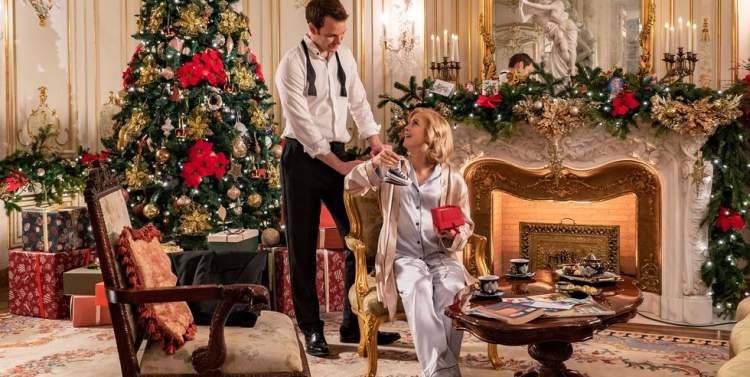 The holidays are the perfect excuse to park yourself on the couch for an endless stream of the corniest rom-coms ever made, all under the guise of celebrating the Christmas spirit. There’s a lot to watch this year; in addition to Lifetime’s giant slate of Christmas romances and Netflix’s new entries, Hallmark is celebrating its 10th anniversary of holiday magic by airing a whopping 40 brand-new Christmas movies over its two channels. So, pour yourself a cup of eggnog, slip into your Hallmark Christmas-themed onesie, and settle in for a long winter’s night of movies. Unless, of course, putting on your snow boots and eating popcorn in the dark for two hours is preferable to staying home and listening to your uncles argue about politics. Luckily, there are some good movies in theaters, too. Below, the 18 best things to watch this holiday season. 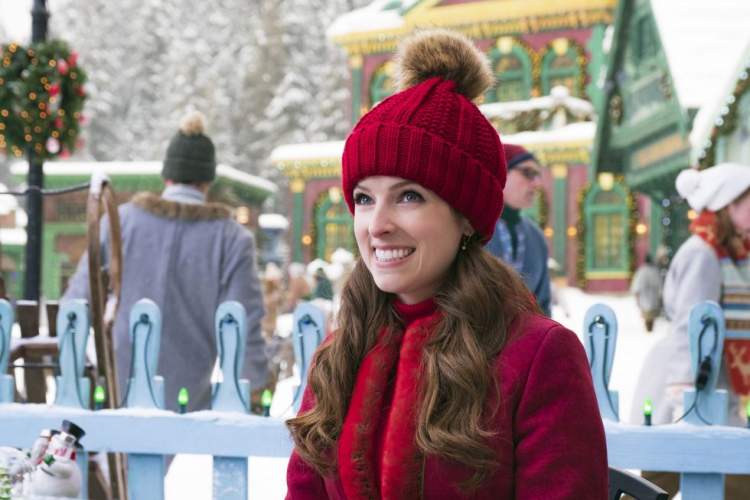 Disney’s new streaming service is kicking off with a strong Christmas movie contender. Anna Kendrick stars as Noelle Kringle, Santa’s daughter and the only seemingly rational person at the North Pole. When her brother (played by Bill Hader) goes missing days before he’s supposed to carry on the family tradition of delivering presents to the world’s good children, she has no choice but to track him down in the real world, whether he wants to be found or not.

Keshia Knight Pulliam stars as a DJ who finds herself in the little town of Bethlehem (PA) when her Philadelphia radio station closes for repairs. In a bid to get a promotion, she decides she needs to uncover the secret identity of the local Santa, but ends up finding romance instead.

4 Feast of the Seven Fishes (Streaming)

This film is set in 1983 in the days leading up to Christmas. It follows the large, garrulous Italian-American family, the Oliverios, as they prepare for the traditional Feast of the Seven Fishes. Tony Oliverio (Skyler Gisondo) is a young man with big dreams, a big heart, a big family, and a potential love interest in the form of Beth, but he’s not the only one vying for Beth’s attention. The result is a warm-hearted romance that will leave you hankering for Italian food and a loving family to share it with.

5 A Christmas Recipe For Romance (UPTV)

UPTV is a relative newcomer to the Christmas movie world, but it’s coming in strong with a slate of lonely executives, hunky widowers, cozy small town businesses that need saving, and holiday competitions. In this iteration, the owners of a family-run inn need to win a high-stakes competition in order to save the business, but they only have a short time to prepare.

Based on the YA novel by John Green, Lauren Myracle, and Maureen Johnson, the multiple intersecting storylines in Let It Snow play a bit like Love Actually for the teen set. Kiernan Shipka and Shameik Moore lead a cast of rising stars looking for love, friendship, and a really great party in a snow-covered town on Christmas Eve.

7 Christmas at Graceland: Home for the Holidays (Hallmark)

It’s not every Hallmark Christmas movie that features an art curator, Priscilla Presley, and Entourage’s Adrian Grenier as a father of three. The aforementioned curator played by Kaitlin Doubleday gets a job as a Graceland tour guide, where she is scouted as the perfect person to nanny Grenier’s three children. Guess what happens next. Hallmark devotees should note that while Christmas at Graceland was the most-watched movie last year, this is not exactly a sequel. For something similar, see 2019’s The Mistletoe Secret (below).

Kat (Laura Marano) is a struggling singer-songwriter working as a singing elf at the friendly neighborhood billionaire’s Santa Land. Because this is a Christmas rom-com, the little elf starts to develop big feelings for Santa, or rather for Nick (Gregg Sulkin), the man who plays him at the mall—the man who also happens to be the heir to the billionaire’s fortune. This movie is called A Cinderella Story for a reason, though, and Kat’s wicked stepfamily is determined to foil her plans for future happiness.

Christmas movie queen Tamera Mowry stars as Emma, a single mom and reporter who needs to find a Christmas miracle she can cover for her lifestyle magazine. What she finds instead is an unexpected romance and a rekindling of the Christmas spirit. 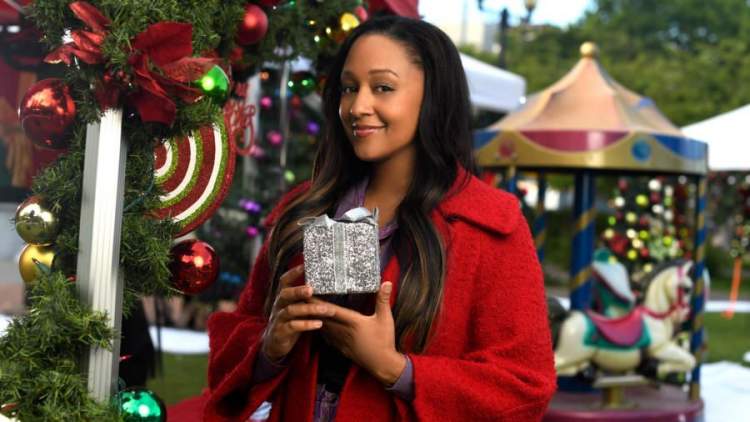 Not to be outdone by her twin sister, Tia Mowry stars in a Lifetime Christmas movie this year. She plays the owner of a small town antique shop who comes into possession of a box of someone’s old stuff and decides to return it. If you’ve seen the film Amelie, it’s a similar premise, except this is Lifetime, so she finds a little Christmas romance along the way.

After starring in the OG Christmas at Graceland, American Idol star Kellie Pickler returns to the network as Aria Eubank, who convinces a famous travel writer to profile her beloved hometown. When the writer arrives, though, he comes bearing a secret—a ghostwriter who is the real talent. Soon Aria finds herself embroiled in a love triangle that only a Christmas miracle will help her escape from.

Mean Girls‘ Lacey Chabert has racked up quite the resume of Christmas movies, and she’s finally won the jackpot. For her eighth Hallmark holiday romp, she got to shoot on location in Rome for the aptly-titled Christmas in Rome. Chabert plays Angela, an American tour guide who’s fired from her job just in time for Christmas. But she might still have a merry holiday after meeting Oliver, who happens to need a personal tour guide.

When a divorced mother and her daughter show up at the chalet where they planned to spend Christmas, they learn it’s been double booked. They wind up staying with an attractive yet grumpy writer who happens to hate Christmas, but if you can take anything away from these movies, it’s that the holiday spirit is pernicious—and a negative attitude never lasts long.

Is it even Christmas if you don’t watch a movie starring Candace Cameron Bure? For her eighth Hallmark Christmas movie, Bure stars as Lauren Gabriel (Christmas name!) who leaves the big city for the small town of Grandon Falls and learns the true meaning of Christmas thanks to local townsfolk and an attractive stranger. Other stars include Wynonna Earp‘s Tim Rozen and Beth Broderick, who has made an entire post-Sabrina, the Teenage Witch career out of starring in Christmas movies

15 Ghosting: The Spirit of Christmas (Freeform)

Jess (The Bold Type’s Aisha Dee) goes on a perfect first date, but ends up “ghosting” the guy—literally. As she Casper the Friendly Ghosts around her hometown, she needs the help of her best friend (Kimiko Glenn) to find peace. Friends’ Lisa Kudrow is an executive producer in this dark Christmas comedy

In the latest installment of the Netflix Christmas franchise, Queen Amber and King Richard are getting ready for the birth of their first child. Before they can nest, though, they must make sure there is peace on earth—or at least, in their kingdom. The only way that can happen is if they find a missing treaty before the royal baby arrives. 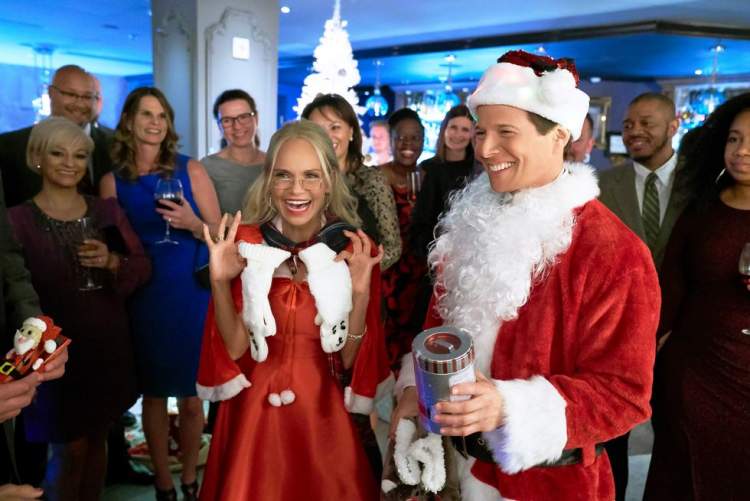 Look, there are rules when it comes to holiday binge-watching, so if Kristin Chenoweth is making her Hallmark Channel debut, you simply must watch or risk ending up on the naughty list. The Tony Award-winning Broadway star plays a choir director tasked with writing the song for a big Christmas Eve show. She gets distracted from her mission by a talented young singer and his hunky widowed father (played by Scott Wolf). 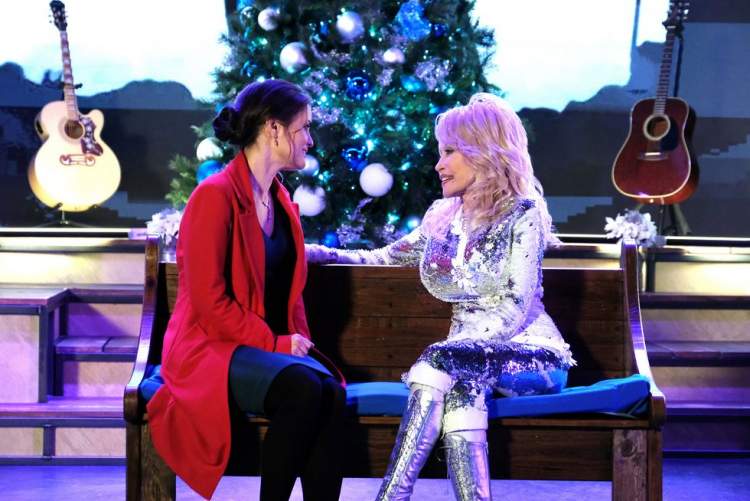 Danica McKellar stars as a bankrupt Broadway producer who sets out to redeem herself by putting on the perfect show for the 20th anniversary of the Smoky Mountain Christmas Festival. Though she’s determined to do her hometown proud, the park’s hunky (and single) entertainment director stands in her way. Luckily, Dolly Parton—yes, that Dolly Parton—saves the day.